Here's an interesting video of a bouzouki with some extra frets to get some of the notes "between the notes".

I know from personal experience that seventeen tone equal temperament (seventeen equally spaced tones per octave) can be a challenging tuning. It sometimes comes across as harsh and dissonant. However, it also has a softer side. I think the producers of this piece did an excellent job of showing how pleasant music can emerge from what might seem like an unpromising tuning system. I think their choice of instrument and style is a good match for the unique possibilities of this particular tuning.

Seventeen Dragon Dreams (Music and Video by Sethares and Crowly)

Here is one of my compositions in seventeen tone equal temperament.

Impressions on a Painting by Bosch 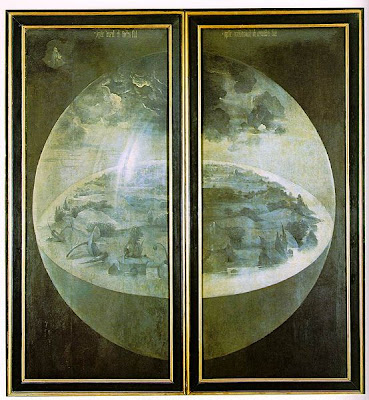 I participated in the Delian Suite Four last year. The project involved composing works for bassoon that are based on one of the paintings of Hieronymus Bosch. I composed a short piece for piano, cello and bassoon. It was performed in June, 2008 at Angoulême, France. Below is the link to the soundfile. (Please note, this is a computerised rendition. I don't have a live recording at this time. Also, the tuning is twelve tone equal temperament. It is not a microtonal piece.)

Impressions on a painting by Bosch by Daniel Thompson

See also this composition's page at the Delian website. 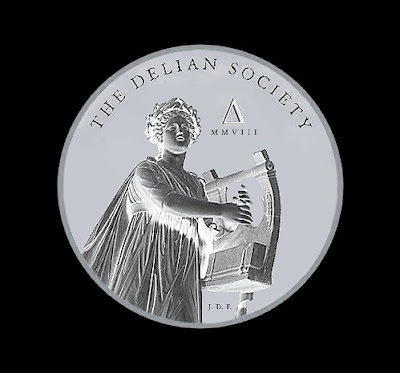 Here is an attempt to reinterpret Pachelbel's famous Canon in D in the less famous Bohlen-Pierce scale. Bohlen-Pierce is a very exotic and experimental scale that is not based on the octave. Instead it involves dividing the tritave (a 3/1 frequency ratio instead of the octave's 2/1 frequency ratio) into thirteen equally spaced intervals. Why thirteen? Because this division results in an unusual scale that reduces dissonance when played with instruments that favor odd harmonics, such as the clarinet and the panpipe. In fact, special clarinets exist for the performance of Bohlen-Pierce music. (See this site for an example.)

Nonoctave music like this can be pretty strange and take a while to get used. We are so used to hearing music based on octaves that our brains can find it hard to make sense of this kind of deviation from the norm. I found that watching this video several times helped me to make sense of it.